It was in 1972 that the then 18-year-old student Henk Lagerweij experienced the power of the wind. After an autumnal storm flattened a large part of the forest near Kootwijk in The Netherlands. “I then thought to myself, what great force is in the wind, how could I use that power?” The curious tech student shaved wings of two wooden boards, connected them to a generator and mounted this on one of the fallen three trunks from the forest. He then linked the generator to the electricity meter and behold, the gauge receded. “That was the moment I was caught by the wind virus.”

Henk’s first wind turbine kept turning for three hours and then fell apart, but had proved what is possible with the power of the wind.

Oil crisis helps wind energy in the saddle
For some time Henk did not do much with the idea. He did built several prototypes as a hobby. Wind was very uneconomical because of the low energy prices. Only during the second oil crisis in 1979, energy prices were so high, that wind energy was interesting. Henk developed his first Lagerweij 35 kW wind turbine, along with his brother in law Gijs van de Loenhorst, the LW10 / 35. In 1979 he founded Lagerweij van der Loenhorst. More than 60 of the models were sold and installed.

Dutch pride
The effects of the oil crisis disappeared. Oil prices fell and a kWh produced with natural gas, which follows oil prices, became cheaper. Wind power could not compete with that lower price. As a result the wind power market fell and Lagerweij went bankrupt.

Crowdfunding for wind energy
Luckily Henk had a very good network. The people trusted him and his technique. The bank gave Henk a week to collect 160,000 Dutch guilders to make a new start possible. This was the beginning of probably one of the first crowdfunding operations for wind energy. Henk got into his car and went to his customers. These people trusted him and the Lagerwey technique so much that he had collected 160,000 Dutch guilders within the week. Lagerwey made a restart.

In 1986, the year of the Chernobyl incident, Lagerwey introduced a two-bladed turbine of 75 kW. The turbine and its successor from 1990 were very popular among farmers and can still be seen everywhere in the Netherlands.

The size of the turbines were increased further and Henk Lagerweij switched to direct drive technology. In direct drive the gearbox is replaced by permanent magnets and thus fewer moving parts are present in the turbine. In 1996, the 750 kW turbine of such a size that is also of interesting for energy companies. Lagerweij book sales successes in India and Japan.

Risks
Yet Lagerwey goes bankrupt again, this time in 2003. The main cause is a change in the laws in the Dutch home market (which undermines a great part of the business) while a big leap in technology took place. Lagerwey was forced to accept risky assignments. A non-paying party gave the company the final push. Even the sale successes in India and Japan can not prevent that. But even after this bankruptcy Henk Lagerweij is not throwing in the towel. He continues.

Along with three companions, Aart van de Pol, Andre Pubanz and Albert Waaijenberg, Henk Lagerweij founded Lagerwey Wind (now Lagerwey) in 2006 on. The company brings a new 2MW wind turbine to the market that is very successful. This was followed in 2009 by a 2,6MW turbine and will be scaled up to a 4.0 MW turbine in 2016.

Summarizing, Lagerwey is built on a turbulent history. But a history from which many lessons have been learned and which has laid a solid foundation for the innovations and the management of the current Lagerwey. The wind energy market has matured and wind energy plays a major role in the global ambition to reduce CO2 emissions by using renewable energy sources.

More wind energy for less money
In line with the wishes of that market Lagerwey focuses on further reducing the costs per kWh of wind energy. Henk Lagerweij does that through innovation of a simpler design. The less parts there are in a wind turbine, the lower the cost price and the higher the operating hours. The construction costs are also examined. Henk Lagerweij designed the modular steel tower, a tower consisting of steel plates that can be easily transported in an ordinary truck. Additionally, Lagerwey reduces the costs by building the main components of its wind turbines inhouse. 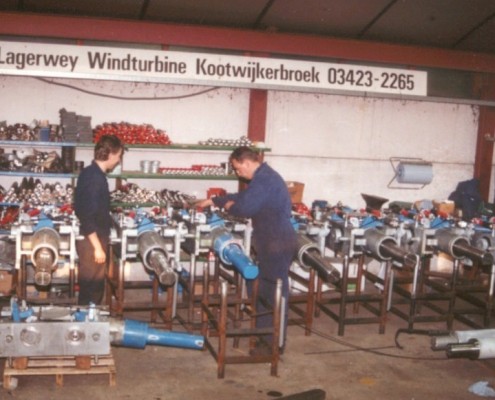 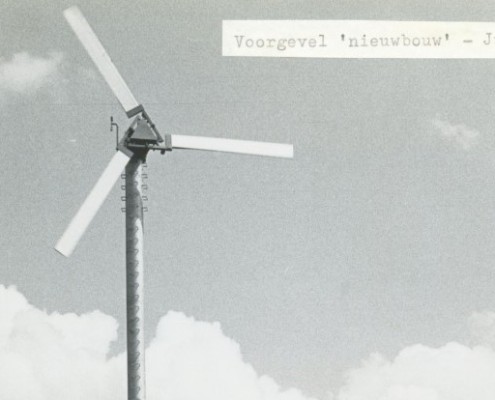 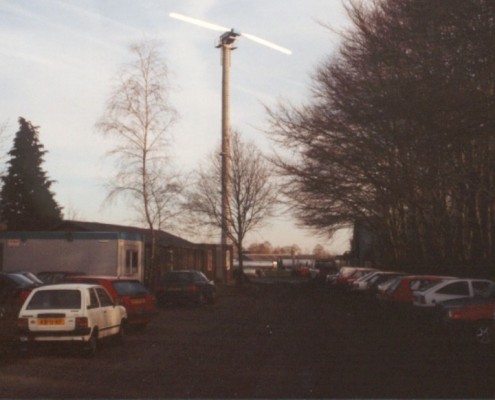 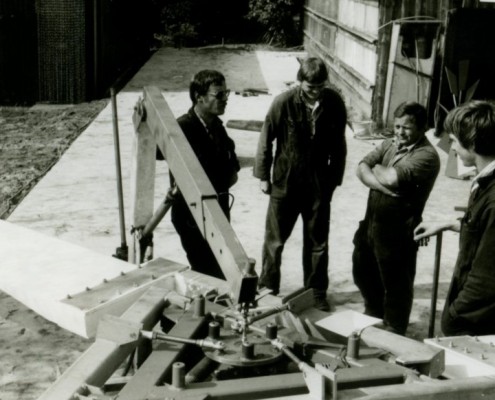 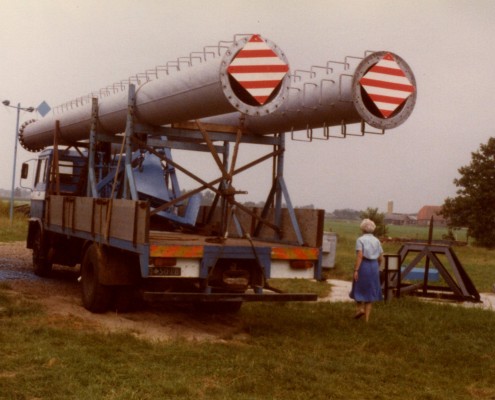 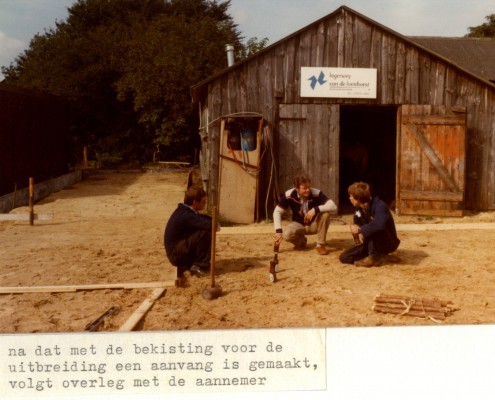 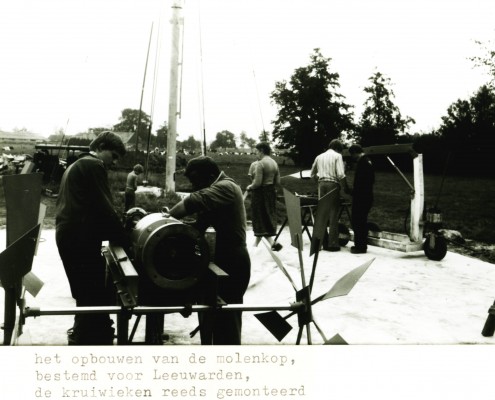 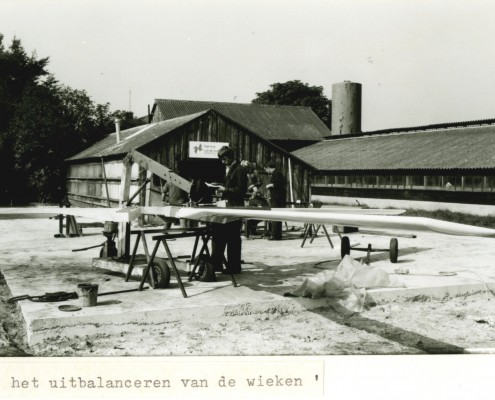 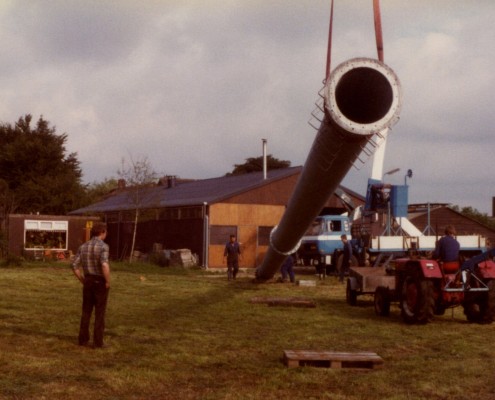 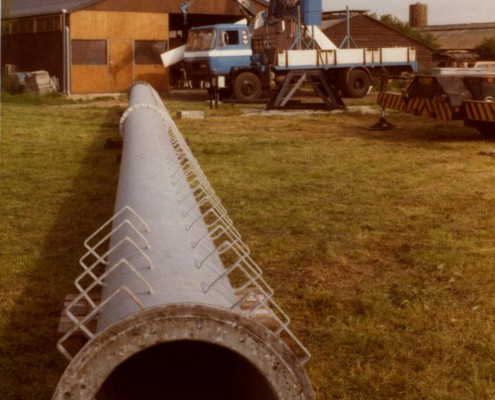